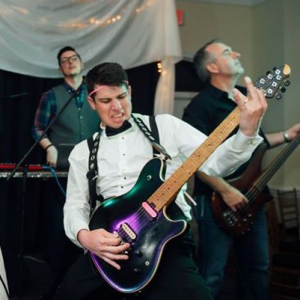 Sup, fam. Im back with part three of the Breakfast Bangers collection. We’ve already tackled the cereal bangers and the pop tart bangers of the world. Now onto a whole different realm of breakfast- the hangover breakfast. Let’s say you’re hanging out of the back porch pounding a few IPA’s like me or maybe you’re more of a Craiggers kinda guy and you had a few too many Busch Lites watching guys turn left all day. Either way we’ve all woke up one day with a headache worse than that time I fell off the float in Thoth (if you didn’t already know, now ya do) and throwing as many Advils in ya mouth as you can fit. Those are the mornings were all looking for the greasiest pile of shit we can find to fill our stomachs. Today were gonna dive into a quick few hangover hubs…

I know what you’re thinking…Dennys? Who the fuck goes there anymore? I partially agree, however, ya can’t tell me you’ve never slammed the slam of all slams that is the Denny’s Grand Slam. I always remember just the traditional Grand Slam. But like anything else in 2020 nothing is like it used to be. Now you’ve got more Grand Slam options than ya maw has pairs of draws. Too name a few:

Sign me up for the the Lumberjack Slam. I’m already sweating out all the demons from the night before. Why stop there? Add on the meat sweats.

AH, the International House of Pancakes. Thank da Lawd they never changed it to IHOB or whatever the fuck it was gonna be. This the place I always end up at with my 90 year-old grandparents. My head feels worse than Prince Oberyn’s after the Mountain bashed it in and granny is yelling at grandpaw so loud Hellen Keller could hear her. Not a great mix. But great breakfast nonetheless. Ya cant go to the International House of Pancakes and not get a god damn pancake, right? Not too mention they have every fucking fixing possible on them thangs now. Idk what Mexican Tres Leches is but I know for damn sure by the looks of the picture ill dabble.

Also, how’s about the array of options of syrup? That shit is more diverse than the paint color samples they give you at Home Depot.

I personally go with one of the omelettes when I’m at IHOP. I like to switch between the Big Steak Omelette (get a glimpse of that hog) and the Bacon Temptation Omelette. Calm down. I get a side of pancakes too. I know what you’re thinking. “No shot your scrawny ass finishes all that!” And you’re right. While drunk me CAN do some damage I still never finish it all. But that’s why I have fat friends. They pick up my slack..and leftovers.

This is the place you stop at when you’re hungover and on the way home from the family vacation and you need something to coat the stomach for the ride home. The breakfast options at this beauty are never-ending. How can you not like something called “Grandpa’s Country Fried breakfast?” If that doesn’t scream hangover cure I’m not sure what does. Big country fried steak guy right here. The place is like the Strawberry Pop- Tart of breakfast venues. Loyal as fuck and never disappoints. A few things that make it special for me is that damn loaded hash-brown casserole and the miniature bottles of syrup. They bring out two and I’m like nah, fam. Gonna need at least six more of those puppies..

The Meca of hangover breakfast spots. The previous few don’t stand a chance in the ring against Waffle House. At least once a month me and my friends end up crammed in a Waffle House booth barely holding it together from the night before. We’ll stay up till damn near 4 AM pouding High Noons and Truly’s while the women drink enough red wine to fill Lake Pontchatrain. Then just a few hours later comes the group text…”Waffle house anyone?” It’s understood that NO is not an option..There’s just something about the place that keeps us coming back. Maybe its the special bond we have with Sally the server who also looks like she had a few too many the night before? Or maybe its that beautiful connection between Sally and Carl the Cook who can remember an order in his head longer than Antonio Cromartie’s list of kids. A Waffle House rain man of sorts.

And don’t get me started on the menu. Denny’s may have the Grand Slam, but it aint no All Star Breakfast. And the hash browns? TAKE MY MONEY!

Scattered, covered and smothered of course..

For me, it’s the Hashbrown Breakfast bowls. All my favorite fixings shoved into one easy eating space. I don’t have to decide whether I want my first bite to be a piece of meat or an egg. Nope, just a big fork full of sausage, hash-browns, eggs and cheese all in one bite. Hangover bliss. And just for a little added flare- a chocolate chip waffle smothered in syrup. Excuse me while I go change my trousers.

Waffle House is the clear winner in my books. Stay tuned for more Breakfast Bangers in the future as I start to dive into the local honey-holes.

Spread The Nugs, Not Suspensions

Spread The Nugs: A Higher Performance