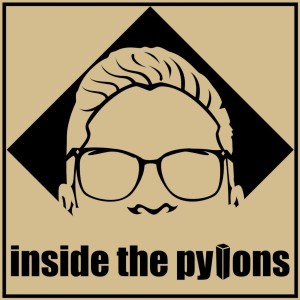 It’s time for the Fantasy Rundown for Week 4 as October has arrived. Hopefully your fantasy teams are doing well. Lets get you prepped for what choices you can make to adjust your rosters going into the weekend.

Heinicke has been an impressive streaming QB since he’s been the starter for the Washington Football Team. He threw 212 yards, 2 TD, and 2 INT. He also rushed 8 times for 21 yards, and this touchdown. He’s just a gamer when you watch him play. He might make a mistake, but then he makes up for it with a diving score.

WFT goes to Atlanta in hopes to get 2-2. The Falcons rank near the bottom of the NFL for points scored. Heinicke should be a safe play with a decent ceiling if this game becomes an offensive shootout. WFT looks to also add WR Curtis Samuel this week who is expect to make his 2021 debut.

If you want to double down on the WFT you can. Perhaps they were dropped since they went up against Buffalo last week. I think this defense can cause some turnovers, or at least get some sacks on Matt Ryan and his noodle arm.

Miami is interesting play. Carson Wentz is limping out there trying to make plays. Quinton Nelson is ruled out this game. I expect Brian Flores to get his defense ready for this one.

Green Bay I wouldn’t mind playing at home vs Old Ben. He has trouble moving around the pocket, he is loose with the football, and he may even force a throw to the Green Bay Secondary. Pittsburgh defense has yet to create an identity, and it’s possible it may not show up on Sunday.

Hard to find these diamonds in the rough, but you should always scope your waiver wire before the weekend in case of injury or breakout over the weekend.

RB Antonio Gibson had a limited practice on Thursday for a shin that came up this week. McKissic should be stash on your roster in case of an injury to the lead back, and could see his opportunity rise for a possibly flex consideration.

NWI is the WR that is next up on the Tennessee Depth Chart. Both AJ Brown & Julio Jones are out for this game in New York. Ryan Tannehill is going to need a WR to target, and it’s possible these injuries could linger for the WR duo. The Titans have Jets, Jaguars, and Bills next on their schedule.

Allen Lazard is the next man up for GB while their WR2 is out with a hamstring injury. You should go ahead and stash Stevenson since James White is expected to remain the rest of the season for the Patriots.

You can make these final adjustments to your roster now that you have finish the Fantasy Rundown for week 4. There is plenty of time left in the season. Hang in there if you have a lost a couple to start or battling through injuries. Check out @elvinryanff1 weekly waiver wire blog on key additions to improve your roster. If it comes time to it, might be time to consider trades to get some depth to help your roster.

RB&R Day 85: The Only Place You Can Grab Some Ass & Some Beans

The Only Hope Left To Beat The Pandemic, A Super Hero Arrives