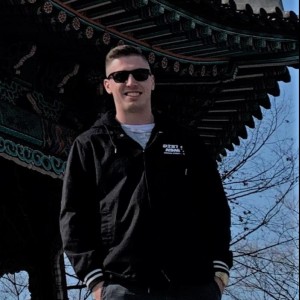 Let’s go over the top 10 rookies to draft in your dynasty leagues this season. My FF dynasty rookie rankings reflect my opinions of players’ potential as well as a path to playing time.

CEH is in the best position possible to excel from a fantasy standpoint. He was the best all-around RB in the draft, which should get him on the field early and often.

Taylor is a monster and I know he is gonna be one of the best RBs in the NFL in no time. The only reason I don’t have him at the #1 spot is that his path to fantasy relevance is a little murky. He still needs to beat out Marlon Mack and Nyheim Hines for playing time. The good news is, Mack is on the last year of his deal which should open things up for Taylor either way next season.

Cam Akers has the talent and the opportunity to carry the Rams backfield this season. He is in a great position to succeed right off the blocks in fantasy.

J.K Dobbins was a stud at Ohio State and has a chance to maintain that momentum in the NFL. The good news is he’s on a run-heavy team that likes using the RPO which fits him well. The bad news is he’s going to have to share touches with Mark Ingram and Lamar Jackson limiting his upside, at least in his rookie season.

Joe “Big Balls” Burrow is the best QB to be drafted in the last several years, albeit to the worst franchise in the NFL. He does have plenty of weapons at his disposal: A.J. Green, Tyler Boyd, John Ross, Tee Higgins, Joe Mixon, C.J. Uzomoah, and Gio Bernard. He is pretty exciting for fantasy even without being much of a mobile QB, which is highly sought after in today’s game.

Ruggs is going to be the top dog in terms of target share for Oakland in 2020. The only real competition for targets comes in the form of the TE Darren Waller. Derek Carr has been craving some new weapons to target and take the top off of a defense.

Swift is in an interesting situation in Detroit with Kerryon Johnson standing in his way. So far the Lions have said they will take a committee approach to the season, but I’m not sure I’m quite buying that just yet. I think Swift as the talent to beat out Johnson on the field…if they can ever get there.

Jefferson has plenty of potential with the Vikings offense with the departure of Stefon Diggs this offseason, leaving 94 targets up for grabs. I think he can be a top 25 WR this season no problem. He has a chance to make an immediate impact in fantasy with a team that has proven it can sustain two fantasy-relevant WRs.

Vaughn has joined a team with the most hype surrounding it this offseason with the addition of Tom Brady. Tom’s presence alone is going to make the Buccaneers Super Bowl contenders, which is a good place for a rookie RB. The only thing standing in Vaughn’s way to fantasy relevance is Ronald Jones, who has been shaky to say the least. I think Vaughn will win the early-down role, while Dare Ogunbowale handles the passing downs. I can see a lot of short-yardage and goal-line work for Vaughn on a high powered offense, which should lead to plenty of fantasy points.

Jeudy is arguably the best WR to come out of the draft this year. He’s going into a situation with a young QB surrounded by tons of talent. He may not be a startable asset right away, but as the offense and Drew Lock develops he will become a stud. Jeudy is the perfect selection for a fantasy team at the end of the first round of rookie only drafts that are already built to win now.

Please let me know what you think about the FF Dynasty Rookie Rankings article by dropping a comment. Whether you agree or disagree I want to hear your feedback. I’ll be posting another article this week about fantasy sports so keep an eye out.