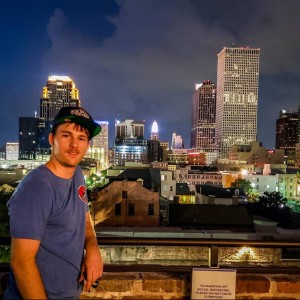 So you think you can rap?

Athletes want to be rappers and rappers want to be athletes. Its an old adage we’ve all heard before. With it being Freestyle Friday, it’s time to take a look at some athletes who can drop the most heat in the booth. We’ve seen mic skills from Deion Sanders, Kevin Durant, the infamous Shaq vs Dame beef, and even from guys like John Cena educating you on basic thuganomics (word lyfe).So without any further ado, in the famous words of Future from 8 Mile. DJ spin that s***!

The OG triple OG of sports superstardom and the benchmark for Freestyle Friday. Dude played professional baseball,football, AND had a record deal. My dude right here is Jerry Mcguire come to life. SHOW ME THE MONEY. His debut album “Prime Time” kinda slaps for being what it was and set the tone for what it means to be an athlete/rapper. Prime Time will always have a place in my heart, he was on America’s team when they really were America’s team. As he has aged Deion has evolved from Prime Time to more of a Late Night Talk Show Prime where he doles out criticism and advice in the most Prime Time way possible. Oldhead Uncle Deion is here and I’m all for it.

Shaq has been dropping freestyles since day 1. For me one of the top MCs of the sports world (sorry Dame). Most recently made headlines for having beef with Damian Lillard where the two exchanged diss tracks on one another. The Big Diesel has 4 albums to his name. 1 platinum album, and 1 gold album. This dude does numbers. However, all that being said you can’t convince me that Shaq’s work in the movie Kazaam is NOT his opus. So please enjoy these bars

First of all, you can’t tell me Cena is not the modern day equivalent of a Hulk Hogan. The model of consistency in WWE and the biggest star they’ve had since the Attitude Era. Early John Cena was a sight to behold as he brought his real life passion for rap into the ring spitting hot rhymes about all his opponents. Cena has it all and you can’t even see the guy. Mad respect for being kinda corny and always owning it. Basic thuganomics is a tune you can’t get out of your head and have to give props to the songwriting. It’s classic Cena and will never get old and I will never get tired of rapping it ironically, or unironically in my house alone.

An ass-kicking anthem, heavyweight or bantem, holding camps for ransom, the microphone phantom.

Roy Jones Jr. was a legend in his prime and considered by many to be one of the best pound for pound fighters of all time. Fighter of the year by Ring magazine in 1994, World Boxing Hall of Fame Fighter of the Year for 2003, 3 time ESPY award winner for Best Boxer, and voted by the Boxing Writers Association of America to be the best boxer of the 1990’s. The accolades go on and on proving that this speed demon in the ring “can’t be touched, can’t be stopped, can’t be moved, can’t be rocked, and can’t be shook.” This guy was an animal with a catchy song to boot. S/O Fight Night Round 3 for including this beast in the game with a fantastic soundtrack.

Two wrestlers making it onto a rap list is something I’d never thought I’d write about but it’s 2020 and here we are. The later years of Randy Savage were marred with strange interviews and Hulk Hogan beef. There’s nothing really spectacular about this song or the entire album but I salute the commitment to making a full on rap album in your 50’s. Never heralded as a classic but loads of fun hearing that unique “Oh yeahhhh” come over an 808. “Be a Man” was a diss towards Hulk and their ongoing beef, however, near the end of his life Macho and Hulk both reconciled brother and the Mega Powers did not explode.

Fictional or not, Jamie Fox/Willie Beamen is one of the smoothest cats around. An enigmatic player on the football field that constantly clashed with his traditional coach, he’s the ultimate pocket passer meets running QB. I actually think they invented Wildcat formation based off this dude’s game. If you haven’t seen “Any Given Sunday” I implore you to watch Oliver Stone’s brilliant take on the NFL. There are some real gems in that movie, like this single here for Steamin Willie Beamen that makes the Freestyle Friday cut.

Freestyle Friday is coming to a close and if I left someone off your list, feel free to sound off in the comments. For more fun check out my latest blog highlighting old school wrestling right here https://htmsports.com/woo-wednesday/. Follow me on twitter for my random thoughts here http://twitter.com/SmarkSummers .And whatever you do this weekend for Christ sake HOLD THE MAYO.