Hold The Butter Presents: The Sandlot! 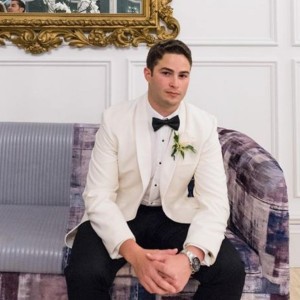 Folks, I’m going to need you to sit back and get ready for this one. We’re going to be covering a heavy hitter here. A baseball instant classic. It’s Sandlot time baby and I cannot wait to touch on some topics here. This is one of the best, if not the best, film produced in the 90’s will be covered today. And if somehow you’ve made it this far in life without knowing the movie, please click that “x” button located in the top corner of the browser. There’s a high chance I hate you and I really don’t want you reading this. You bring negativity wherever you go.

Back to focus here. The Sandlot helped kids build motivation to hit dingers then hit on the hot lifeguard at the local pool. We have a lot to cover here, so let’s get busy.

A Glimpse Of The Lot:

The year is 1962 and there’s a new kid in town. Meet Scotty Smalls.

He’s a nerd and about as coordinated as a baby giraffe. Smalls tries to make friends with the local group of boys playing baseball. His step dad tries to teach him how to play baseball, but while playing pitch and catch Smalls takes one to the eye. At about this time, his new group of friends found Smalls to be “their bitch” and invite him to play along with them.

Ham steps up, hits a bomb over the wall at the sandlot. Scotty, being the dumb bitch that he is, decides that he’ll be a hero and go get the ball. His new buddies decided they don’t want to see him dead, because they need a beta in the group. So, they warn him that there’s a got damn dog the size of a lion on the other side of that fence called “The Beast”.

The Beast is undefeated in claiming baseballs hit over the fence. Not only puny little shit has had the testicles to jump that fence to get a ball. And, ya know what folks, I don’t blame them one bit. Call me a bitch, but this guy is not (and I repeat is NOT) going jump in a dog’s yard that’s likely swinging larger meat than the average male population.

This is the big moment in developing the plot of The Sandlot. These soon to be legends will be brainstorming how to get one baseball from The Beast.

Fake It ‘Til You Make It, Squints

After losing the ball to Ham’s dinger, the boys decide it’s pool time. Yes, it was likely hot outside. Yes, we all love a good pool day in the heat. But my dude Squints was a man on a mission. Ladies and gents, please welcome to the show Michael “Squints” Palledorous.

This man has been planning his move on one special lady for some time now. Squints has the hots for the lifeguard, Wendy Peffercorn (peep the pic below).

There’s about a 0% shot a kid like Squints is locking lips with a lady like Wendy. So what does Squints do? He pretends to drown and gets saved by Wendy with a little mouth to mouth. He wraps his hand behind her head and gives a little tongue action to Ms. Peffercorn then gets his ass and his buddies thrown out from the pool. But before he leaves for good, he takes a look back and Wendy and he gets a smile from her. It was at that moment, he knew he’d be bumping uglies with her in the near future. A Sandlot legend.

The Legend Of The Jet

Every team has their star player and this story is no different. Introducing, Benny “The Jet” Rodriguez.

He’s a stud, plain and simple. He’ll hit a homer then call your sister out there in left field for a little alone time. In addition to this, he actually hits a massive shot and busts the cover off the baseball. Now being the dumbass he is, Smalls goes and grabs a ball out of his step dad’s collection. As the boys continue to play ball, Small gets up to bat and hits his first ever homerun. This is just about the time Smalls decides to tell the crew that the ball he just hit was signed by a pro ball player. But not just any pro player, The Babe. The Sultan of Swat. The King of Crash. The Colossus of Clout. The Great Bambino. BABE RUTH!

Dipshit Smalls has no idea who that is, but the boys immediately begin scheming how to get this ball back from The Beast. The movie proceeds and Benny has a dream one night that The Babe appears to him and lays down one of the greatest lines in movie history.

Benny grabs himself a brand new pair of PF Flyers, laces them up tight and gets ready for the run of his life. The rest is history. He jumps the fence, grabs the ball. The Beast breaks free of his leash and the two start hauling ass throughout the town. They race back to where the Beast lives and the big ass dog runs into the fence causing it to fall on top of him. The boys help lift the fence off The Beast and in return they get all of their balls back.

The dogs owner, Mr. Mertle, comes out to see what happened and invites the boys inside to discuss the signed Babe Ruth ball. Little did they know, Mr. Mertle played ball in his day and had a huge collection of signed balls. He trades Smalls his signed 1927 NY Yankees ball for the chewed up Babe Ruth ball.

Benny Takes His Talents To LA

In the final scenes of The Sandlot, Benny The Jet is playing major league ball with the Dodgers because why the hell would he not be that damn good after outrunning a dog called the Beast. Oh and Smalls became a sports commentator somehow and is announcing the Dodgers game where Benny is playing.

We get one of the most informative lessons you can learn in life from this unit. Ham teaches how to make a s’more. Now Youtube wouldn’t allow me to attach the actual video so click the link. Don’t bitch about clicking a link, it’s worth it. Trust me.

OVERALL RATING: 10/10
This movie has no flaws. That’s all folks.

Make sure to check the HTM Merch on the HTM Site. Hold It.