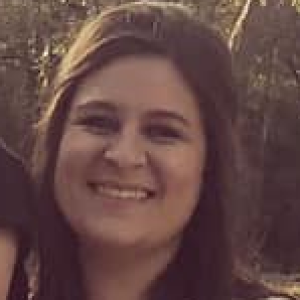 Back To The Hometown

It’s the biggest week of the season yet, sorry #Champangegate! We will travel with Peter as he meets the families of his four remaining ladies. One of these ladies will go home broken-hearted and not get the chance to go on an overnight date with Peter, which is clearly where he shines. I wonder if there will be any windmills……

Hannah Ann meets Peter in her hometown of Knoxville, TN. They go to an ax-throwing bar so that Peter can prove his manly hood to Hannah Ann and her family. He fails, majorly only hitting the bulls-eye once. Peter writes Hannah Ann a letter similar to the one she wrote for him last week. As corny and middle school as it is, I loved this gesture! I am team Hannah Ann and Peter, as you know!

Hannah Ann’s family seems pretty normal to me! She has a cute mom who is excited to see her daughter and a stone-cold dad who is ready to grill Peter. Peter tells Hannah Ann’s mom that he is falling in love with her before he even tells Hannah Ann. Her mom does not even bat an eye before she says her husband will not buy that since he is still dating three other women.

CALM DOWN, parents! DO NOT ruin this relationship! Hannah Ann’s dad scares me. He straight-up tells Peter not to say to Hannah Ann that he is falling in love with her. Peter, for the first time this season, grows some balls and tells her anyway. PRAISE BE! This hometown date went as good as it could have gone, given Hannah Ann’s dad and his grave interaction with The Bachelor.

Kelsey meets Peter in her home state of Iowa. She takes Peter to a winery (yes, girl!) to make their own bottle of wine. They spend more time sucking face than they do stompin’ grapes. After they make their signature wine, crazy Kelsey expresses to Peter that she is in love with him.

Peter meets Kelsey’s family, and there is more blonde chemical coloring in that room than at Sally’s beauty supply. Every woman in her family is a cookie-cutter: a blonde hair girl with a bad nose job. Holy sorority house!

Kelsey’s mom tells Peter not to break her daughter’s heart…look, lady, there are three other girls on this journey with Peter. There is no way you can tell The Bachelor that knowing that there is a 75% chance that he will, in fact, break her heart. Kelsey’s mom tells her that she never ever ever thought she would be at this point…..we didn’t think so either, mom, but here we are in your living room. Kelsey tells her mom how strong her feelings are for Peter, and her poor mother looks so worried about her daughter.

I like Kelsey and Peter together, but I can’t see them making a life together. Crazy Kelsey is way too emotional to accept a proposal from Peter. Her hometown date was rather dull, if it were more robust like the wine they made, I would put her as a front runner. I’m not saying she’s in the last place because the awful Victoria F. is still in play, but I don’t see their spark being brighter than Hannah Ann’s at this point unless Peter wrote her a love letter, too.

Madison takes Peter to Auburn University (Geaux LSU Tigers) where her dad is a coach to the men’s basketball team. They go to the Auburn Arena and play basketball. Well, Madison plays basketball (pretty dang well, too); Peter just makes himself look stupid. Dude cannot play basketball any better than he can throw an ax.

Madison’s family seems like a typical southern family for the most part. Her family makes their faith known by saying grace like “they always do” before having dinner. A few weeks ago, the girls were speculating that Madison was a virgin and that they thought her religion would not mesh with Peter’s lifestyle. Well, this came to light when Madison talked with her mother. Madison says she has not yet had the chance to speak with Peter about her views on intimacy and that she is a virgin.

Peter talks with Amanda Bynes circa “Shes The Man” AKA Madison’s father, and he flat out asks Peter if she is the one. What is it with these parents coming at The Bachelor like this? Are you trying to intimidate Peter into saying your daughter is the one? Because for some reason, I do not see that working out. Mainly because he signed a contract that he has to stick to for a few more weeks and keep dating multiple women, but probably because he doesn’t have a flippin’ clue as to who he will get down on one knee too.

Madison’s date went pretty good, despite her dad being stern with Peter. Madison still has not told Peter that she is falling in love with her, or mention a peep about her views on intimacy. Poor Peter thinks they are on the same page, but Madison has some reservations.

Victoria takes Peter home to Virginia Beach, and she admits that their relationship has not been easy…uh ya think?! Peter is forced to take old-timey pictures with Victoria in outfits that probably smell like mothballs and sweat before they head out to the beach to talk over ice cream. Victoria takes Peter to her favorite spot, where Hunter Hayes serenades them. Well, really he just sings about their relationship…”I don’t want easy, I want crazy”, the producers nail it once again! Also, Peter dances….again.

Victoria is on such a high after their mini-concert and even deems herself Mrs. Weber. A girl yells Peter’s name, and he recognizes her as Marissa, an ex-girlfriend from 2012. She warns Peter to “be careful.” DUN DUN DUN! She tells Peter that he knows Victoria and that many relationships have ended because of her. Peter looks crushed, hearing this news and is clearly torn. Meanwhile, I’m screaming at my TV, “I TOLD YOU TO KEEP KELLEY, YA BIG DUMMY!”

Poor Victoria is so excited to introduce Peter to her family, (which by the way, it looks like she rented these folks online, none of them look remotely similar), but before that happens, Peter brings up the news that he learned about earlier. Victoria becomes defensive instantly and morphs into the same ol’ villain she’s been all season. She talks to Peter like she has allllllllll the control in this relationship. Peter, if she is going to walk all over you like a doormat on national TV, imagine what she will do when this show is done. Victoria walks away (LET HER GO PETER!) and poor Peter is left standing in the dark. She comes back and plays the victim as if she didn’t just get loud with Peter. The two break it off, and I am exhausted from this relationship! She is crazier than Luke P., yall.

The next day, Victoria stalks Peter down and finds him at his hotel. They have a conversation in which Victoria tries to manipulate Peter, and thank goodness, he tells her he cannot make a decision right now. It would have been better if he just told her that he wouldn’t even throw bread at the ducks with her, but he lost the balls he grew earlier in the week.

At the rose ceremony, the four girls meet Peter in an airport hangar, and they all look stunning, even Victoria. Hannah Ann, Madison, and f*%&ing Victoria get a rose. I cannot believe he gave Toxic Victoria a rose instead of Crazy Kelsey. I want to bang his head into a wall! Why does he craves drama; I am so happy this awful season is almost over! Kelsey says she is in shock that she got sent home, and I think I speak for all of Bachelor Nation when I say that we are too!

Next week Peter takes the ladies to Australia for the fantasy suite overnight dates. Peter says in the previews that he is in love with three women, and it becomes apparent that Madison pulls a Luke P. Where are all the haters at? Luke said he could not move forward if Hannah Brown slept with anyone, and Bachelor Nation lost their minds. Now sweet Madison is saying it, and no one says a word about it!!!

I am BEFUMBLED that Victoria is still in the running. I know they will not end up together, and if they do, there is no way their relationship lasts. Hannah Ann is my front runner right now; their spark is real. Sorry, Madison fans, I just don’t see this upcoming week being a good one for her, especially if there is a windmill involved!