Joe Burrow: The Greatest Ever 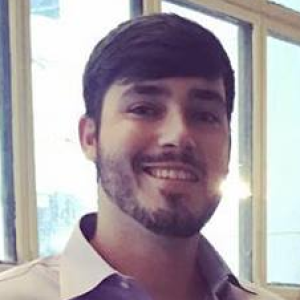 What we saw this year from LSU quarterback Joe Burrow, was nothing short of extraordinary. Let me take you through just a few of the many reasons why Joe Burrow just had the greatest college football season of all time.

Let’s start by looking at his stats, the meat and potatoes if you will. Joe finished this season throwing for a jaw-dropping 5,671 yards, 60 touchdowns and 6 interceptions. That was not a typo, 60 TOUCHDOWNS! To put this into perspective, Patrick Mahomes, the reigning NFL MVP, now has two full seasons under his belt. In his career Mahomes has thrown for 76 touchdowns and 18 interceptions. Burrow threw for 60 touchdowns in only fifteen games and added five more scores with his legs.

LSU came into this season with sky high expectations and they exceeded every single damn one of them, beating SEVEN teams ranked in the AP top 10. It started early. In week two, the Tigers marched into Austin, Texas and beat a scrappy #9 ranked Longhorn team 45-38. Four weeks later it was the #7 ranked Florida Gators, 42-28. Two weeks after that, the #9 ranked Auburn Tigers, who boasted the best defense in the SEC and the SEC Freshman of The Year in Bo Nix, fell to LSU 23-20. The very next game, Joe Burrow and the Tigers marched into Tuscaloosa to take on the #3 ranked Crimson Tide. LSU walked out with their first victory in eight years, 46-41. Roll Tide, WHAT??

LSU closed out a perfect 12-0 regular season. They then proceeded to play their best football when it mattered most, beating #4 ranked Georgia 37-10 in the SEC Championship. Followed by a 63-28 Baton Rouge beat down against #4 ranked Oklahoma in the Peach Bowl. They followed that up with a 45-25 victory against, the reigning champion, Clemson Tigers. Clemson, a team that hadn’t lost in two years, led by a quarterback who had never lost a game. Put all of this together, and you get the greatest college football team of all-time. Led by the greatest college quarterback of all-time.

To put this into perspective, a popular argument is Cam Newton’s 2010 season at Auburn. Newton only had two top-10 wins in 2010. Joe and the Tigers had two top-10 wins by week six. Newton had 2,854 yards passing and 30 touchdowns. Now, I’m no mathematician, but those numbers aren’t even close to the numbers Burrow put up. In fact Joey B doubled him up across the board and threw one less interception. Case closed.

Joe Burrow: The Greatest Of All Time

Back in July on our podcast, “Big Easy Bets”, we were screaming to bet the house on Joe Burrow to win the Heisman at 80-1 odds. He did just that and won just about every other award possible. Joe Burrow goes by many names, “Big Dick Joe”, “Big Balls Burrow”, I simply call him, the greatest college quarterback of ALL-TIME! I certainly hope everyone lived in the moment and really appreciated what we were able to witness this past season. We may never see anything like it again. Forever LSU. Hold It.

Every Update Ya Ever Need To Hear On Hurricane Zeta