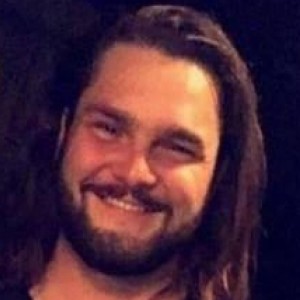 Watch out boys and girls, the Spotify world has been shaken up one again and is Joe Rogan cancelled because of it? Pfffffttttttt, that was funny, wasn’t it? Hell no Joe ain’t cancelled. Rogan is damn near the most uncancellable man on the planet at this point. But if you’ve seen the toxic cesspool that is Twitter over the past 12 hours, you’d think he’s been cancelled faster than bars in NOLA for Halloween(Thanks Latoya The Destroya). People have been coming out the nooks and crannies to bitch about Rogan’s guests recently. As if they thought anything would change about his show once he signed with Spotify.

Unless you’ve been living under a rock recently, you’d know Joe Rogan recently became a VERY wealthy man. How wealthy? Oh, just a tad bit of money to the tune of 100 MILLION DOLLARS. It’s good to see Spotify at least knows how to pay their players. $20 says Dak Prescott is begging Jerry Jones to learn how to pay out like that, but hey, that’s for another day. So in exchange for the 100 million smackaroos, Spotify gets exclusive rights to his distributions. Seems like a win-win, right? Well you’re wrong. Or that’s what Twitter wants you to think at least. Twitter is aflame as people are screaming for Joe Rogan to be cancelled because of a recent guest. Who was the guest? Is it because of the absolute trainwreck that was the Kanye West episode? Nah. Could he have possibly gotten Trump and Biden on the show for a debate like people were begging him to? WE ALL KNOW THAT AIN’T HAPPENING. So what kind of polarizing personality could possibly unite the toxic shitshow that is Twitter to scream for Rogan’s head on a platter. Well…

The Man, The Myth, The Legend, The Guest

That’s right baby, ALEX JONES IS BACK!!! If you aren’t familiar with some of Alex Jones work, then you are either perfectly sane or just plain, old unobservant. Maybe both, idk. Alex Jones had his popular InfoWars Youtube channel taken down, as well as got banned from Twitter a hot minute back. Hell, just take a look at some of his best moments right here.

If you follow Rogan any, it’s pretty obvious that Rogan likes to get different people with differing viewpoints on his podcasts to try to dig in their head and just trade knowledge and opinions. Really doesn’t matter who it is, Rogan is the one man who stays as neutral as possible MOST of the time. Unless of course, you talk shit about elk meat, DMT, or Brazilian Jujitsu. He’ll probably kill ya at that point. So a dude got his online voice taken away, who was pretty damn popular. Whether for the right or wrong reasons, I couldn’t give 2 shits and a popsicle, I always got a solid laugh outta the man freaking out. Naturally, Joe brought this man on the pod. If for no other reason, just the fact that it would get a metric shitton of views. And what happens?

So what was the content that they talked about? Was it really damning enough to get Spotify to cancel their $100 million dollar man?What? You thought I knew? HELL NO!!! You’re out your rabbit ass mind if you think I can last through 3 hours worth of podcast just to formulate an opinion about it. I’m just waiting for the memes about it to come out so I can get the full story that way. It’s much more factual that way. Point is, Spotify employees have threatened to boycott if Joe Rogan wasn’t censored last month because of a guest they didn’t agree with. Ya know what Spotify said? Well, they pretty much said “too damn bad for y’all”. You don’t sink $100M into a man unless you’re riding with him HEAVY. I mean, I’m no finance guy, but it seems like the $100M man is going to run stuff a little more than the receptionist complaining because the show’s guest ruined 1/100th of her day.

Spotify knew what they were doing when they brought Rogan in. They knew people were going to be turned off by him allowing ANYONE on his show to speak, even though Joe will moderate from a neutral standing as often as possible. They took a calculated gamble and realized, “Hey, people are going to threaten to cancel over some of his dankness, but we’re still coming out on top regardless”. Hell, if I were them, I would’ve done the same damn thing. I can’t say I’ve ever thought the need to cancel my Spotify subscription over something on there I don’t like. But hell, 2020’s weird and people are soft and feel they need to get their way all the time.

Although the loudest part of the Twitterverse is up in arms over this, the every day fans of the show are apparently loving it. I’d wager to say it even brought in more fans after watching scrubs melt down over something like this.

And just to make sure y’all know, I figured y’all would like to know that Spotify came out and doubled down on their backing of Rogan. Ain’t nothing like a happy ending, right?

NolaSportsHub’s Keys To The Contest: Divisional Round

Toss Up These Topics Tonight On HTM Undressed 171