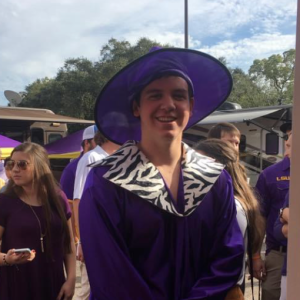 With the schedules out, I figured I’d tell you exactly how the season’s going to go. Here it is… all 256 (if Corona doesn’t take some) regular season NFL games. 100% accurately predicted for the 2020 season.

Bill is the best in the business… with that being said I have them missing the playoffs for the first time since 2008. Vegas has their O/U total pegged at 9. I wouldn’t touch that at the moment.

I think the Dolphins improve in Flores’ 2nd year and Tua at the helm. 6 is the O/U total in Vegas. I may take action on this…

New year… same Jets. I don’t think they turn the page with Darnold. Vegas has the season total at 6.5. Hammer the under.

Finally… the Bills circle the wagons and become kings of the division. I’m all in on the over total as Vegas pegs it at 9.

Big Dick Joe shows up and adds five more wins for Cincy from 2019. Vegas completely disrespects the Heisman winner and puts the total at 5.5. What a joke… easy over.

Tomlin some how strings together 9 wins and gets the brand new 7th seed wildcard in the playoffs. I agree with Vegas and the 9 win total.

Phil Rivers has another comical season and retires after week 17. Vegas is giving Phil a lot of love with 9 wins on the total. Under under under

Vrabel and Tractorcito dominate the division. Vegas at 8.5… I see easy money.

The dumpster fire that is the Jacksonville Jaguars continues to burn. Jaguars have the lowest season total at 5, but I think that still isn’t low enough.

I think Watson steps up even more this year without Hopkins and has an MVP caliber season. Vegas comes in average at 8 wins.

I’m not 100% sold on Drew Lock. He won’t have the worst season though. Vegas shows him a little respect at 7.5 on the total.

Tuh-rod ain’t the guy. I promise. LA struggles to fill the seats once again this season. Go under with a Vegas total of 7.5.

Jon Gruden’s last year in the NFL. He gets the boot this season along with the ridiculous contract. Vegas is showing home bias with a 7.5 total. Laughable.

Reid and Mahomes show signs of weakness, but still win the division easily. Vegas agrees with 11.5 on the season total.

I don’t think the R words will have another winning season in the next decade. Vegas has ’em at the lowest total… 5.

Danny Dimes just morphs into an Eli and doesn’t take the next step this year. Vegas is with me at 6.5

Jerry Jones wins the weakest division in football yet again. Congrats. Still loses first round of playoffs. Vegas agrees with me at 9.5 on the total.

Fly eagles fly… right onto the couch because they’ll miss the playoffs this year. I lean under with the Vegas season total at 9.5 wins.

Love dethrones Rodgers and shocks the world… nah but the Packers slip up and lose the division to Minnesota. Vegas thinks even less of ’em with a 9 win total.

Kings of the North! Kirk is your guy Minnesota… start believing in him. Vegas isn’t with me… 8.5 on the total. Hammer that over!

I think Foles and Trubisky tag team 5 wins total. Bears just aren’t the same. Bring back Lovie. Vegas shows a little “lovie” at 8.5. I’m under on this for sure.

The Matts in Detriot miss the playoffs yet another. Coach might be out. I’m still higher on them than Vegas is at 6.5.

Falcons suck… that’s all that needs to be said. Vegas has 7.5… don’t bet this I was being a little bias.

Teddy and Joe Brady’s magic just doesn’t hit right on the east coast. Baby come back. 5.5 for the Vegas win total. You know what to do by now.

Lock up the 1 seed… lock up the division… Drew’s just gotta show up in the big games. Saints easily hit over on the Vegas total of 10.5.

Brad, Gronk, and B.A. roll during the regular season. I think they’ll choke in the playoffs, but we shall see. Vegas total at 10… throw a little at this over.

Kyle Shanahan is making all the right moves in San. Fran. I think they go over their season win total of 10.5

McVay just can’t find that magic the Rams had a few years ago. Screw ’em. They’ll never reach their Vegas total of 8.5.

Kyler and Kingsbury start to gain a little momentum… not enough though. I’m right under the Vegas total of 7.