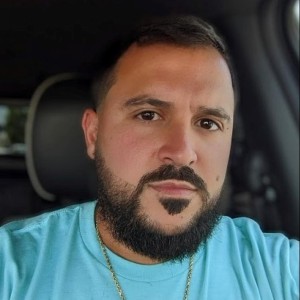 We’ve gone through some extraordinary artists over the past 4 weeks.  And that brings us to Kings Disease. In my opinion, one of the greatest lyricists in the game is next on the plate.  How do you talk about Power Bars and punchlines without thinking about albums like Illmatic, Stillmatic, God’s Son, and Street’s Disciple?  Well…the answer is simple, pal.  Ya fucking can’t.  Roll up a blunt or head over to Big Chief, tell him mayo sent ya, get your friends Spotify logins, search for Nas’ King’s Disease and let’s fucking go.

From Stillmatic To Still At It With “Kings Disease”

Obviously, one of the first songs that comes to mind when you mention Nas is “If I Ruled The World”. But for me, personally, the Nas song that spoke to me most in my younger days came from the Stillmatic album. One Mic is so deep. It’s so real. It’s so fucking raw. And 11 years later, the lyrics are more relevant now than ever.

All I need is one blunt, one page, and one pen
One prayer – tell god forgive for one sin
Matter fact maybe more than one, look back
At all the hatred against me, fuck all of them
Jesus died at age 33, there’s thirty-three shots
From twin glocks there’s sixteen apiece, that’s thirty-two
Which means, one of my guns was holding 17
Twenty-seven hit your crew, six went into you
Everybody gotta die sometime; hope your funeral
Never gets shot up, bullets tear through the innocent
Nothing is fair, niggas roll up, shooting from wheelchairs
My heart is racing, tasting revenge in the air
I let the shit slide for too many years, too many times
Now I’m strapped with a couple of macs, too many nines
If y’all niggas really wit me get busy load up the semis
Do more than just hold it explode the clip until you empty
There’s nothing in our way, they bust, we bust, they rust, we rust
Led flyin, feel it? I feel it in my gut
That we take these bitches to war, lie ’em down
Cause we stronger now my nigga the time is now!!

Fast forward to 2020 and Nas drops “King’s Disease”. I listened to this album and didn’t skip one song. The album literally just flowed perfectly. Nas hasn’t missed a fucking beat. Clearly I’m not the only one that feels this way.

Nas’ first single off of King’s Disease is “Replace Me”. I can write and write about it. But just hit the blunt and press play already, dammit!

Nas is catching a lot of heat for his track Ultra Black, which happens to be one of my favorites from the album. I could vibe out to the instrumental on repeat for days and get lost in it. But anyway, why’s he getting heat? For a simple Power Bar, of course. He made an alleged dig at Doja Cat:

“Sometimes I’m over-black, even my clothes are black/Cash Money with the white tee and the soldier rag / We goin’ ultra black, unapologetically black / The opposite of Doja Cat, Michael Blackson black“.

In the event you even give a fuck, Nas said this was a simple play on words and he meant no disrespect. Either way…with this album Nas continues to solidify his spot in the hip hop hall of fame and now has his spot in Power Bars history to add to his resume.

If you didn’t call Big Chief at the top of the blog like I told ya…do yourself a favor a click below to check em out! HOLD IT.

Behind The Beans: Red Bean Rankings After 28 Mondays

UFC 256 Has Turned Into A Shit Show

NolaSportsHub’s Keys To The Contest: Week 11