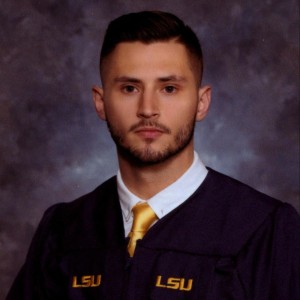 Tigers football has been canceled for the spring due to the CoronaVirus. After being crowned national champions last year, many LSU fans were looking forward to seeing what the Tigers were going to do in the spring. The announcement came yesterday as the SEC canceled the remainder of its sporting events for this academic school year. This includes not only the cancelation of spring football for the SEC, but this also means there will be no pro days. The Tigers made significant changes heading into the spring, including replacing Joe Brady as passing game coordinator and Dave Aranda as defensive coordinator.

Many players, including Joe Burrow, opted not to work out at the NFL Combine with plans of working out at their school’s pro day. Players who declined to work out at the NFL combine may not get the opportunity to work out for NFL scouts. So far, there has been no word on rescheduling pro days. This could end up hurting some player’s draft stock. However, I don’t see this hurting the number one projected pick, Joe Burrow.

During the off-season, the Tigers were tasked with replacing two fundamental pieces. That being Joe Brady who served as the Tigers’ passing game coordinator, and the other being Dave Aranda who served as the Tigers’ defensive coordinator. Joe Brady moved on to the NFL, accepting the job as the Carolina Panthers’ offensive coordinator. Dave Aranda accepted the head coaching job at Baylor University. Both guys are nearly impossible to replace, but Ed Orgeron did a phenomenal job filling the empty positions.

Replacing Joe Brady as the passing game coordinator is Scott Linehan. Linehan has a ton of coaching experience, including serving as the St. Louis Rams head coach from 2006-2008. A lot of Linehan’s experience comes from the NFL. This will not only have an impact on game planning and in game adjustments, but I think this will have a big impact on recruiting. Linehan has experience not only as a head coach, but also as an offensive coordinator and wide receivers’ coach in the NFL. This is going to attract big time recruits, especially players of the quarterback and receiver positions who aspire to play in the NFL.

Replacing Dave Aranda as the defensive coordinator is Bo Pelini. Pelini was the defensive coordinator for the 2007 LSU national championship team under Les Miles. Bo Pelini’s part in the Tigers’ 2007 national championship earned him the head coaching job at Nebraska. Pelini lasted seven years at Nebraska. In every season with Pelini as head coach, the Cornhuskers had at least nine wins. Since firing Pelini in 2014, Nebraska has had one season with a winning record. It doesn’t take a genius to recognize that Nebraska made a big mistake firing Pelini. Pelini spent the last five seasons coaching the Youngstown State Penguins, an FCS school. In 2016, Pelini led the Penguins to the FCS championship game where they lost to James Madison University. With Pelini at defensive coordinator, the Tigers get a guy who eats, breaths, sleeps and shits defense. He knows the game and he’s a fantastic motivator. Pelini is back in the power five and he is ready to help the Tigers win another national championship.

Myles Brennan will be the guy to replace Joe Burrow as the Tigers’ starting quarterback. Brennan spent his true freshman season behind Danny Etling and then spent the last two seasons behind Joe Burrow. People forget how close of a competition it was between Burrow and Brennan in the fall of 2018. Burrow edged out a narrow race because of his leadership qualities and work ethic. Brennan could have transferred, and believe me, many teams wanted him. Brennan stuck around and now he is set to take over a red-hot offense with an abundance of weapons. I don’t want to sound crazy, but I see Myles Brennan maintaining the standard of quarterback play set by Joe Burrow last season. Speaking frankly here, Myles Brennan has a more talented arm than Joe Burrow. Brennan must prove that he has the leadership skills and the knowledge of the game that made Joe Burrow such a special player. I expect Brennan to rise to the occasion.