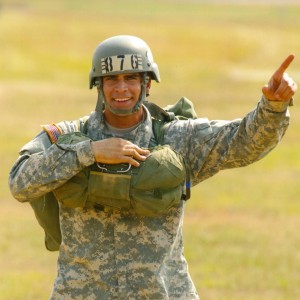 Monday is here and most of us, including myself, aren’t ready. That’s because this weekend gave us ALL KINDS of material on the breakfast plate for the Weekend Hangover Vol 3.

First things first, this weekend didn’t bring us a Saints loss. Only because Who Dats take on the Raaaaaaiiiddders this evening on Monday Night Football in Las Vegas. However, most Saints fans took a huge L when Mark Davis and the Raider brass pitched a Latoya Cantrell style bitch fit and said there wouldn’t be any fans in the stands all season long at their new digs. Many fans, like yours truly, got their hopes and dreams of being the first ever pro football game in Sin City absolutely crushed and had to cancel flights and vacation plans due to the continued Corona craze. That in itself was a reason to start drinking heavily this weekend.

You probably drank heavily this weekend if you were a Tulane football fan.

The Green Wave came stormin’ out the gate against Navy like a category 5 hurricane. Willie Fritz’ boys led the Midshipmen 24-0 at halftime and I’m sure the Boot, Tucks, & Bruno’s were simultaneously filled with that lovely hodgepodge of transplant “fans” vomit from 50 cent drinks. However, the second half kickoff had to happen and that’s likely when the drinking turned violent.

Sadly, it only got worse as Tulane let a Navy team that had managed just 59 first half yards and had thus far been outscored 79-3 on the season rattle off 16 points in the third quarter and then ultimately come back to WIN the game with a final score 27-24. That was not a typo.

Ooof. What an Atlantaian (more to come on that front) collapse by the Fightin’ Fritzs’ from Freret St. Tulane gonna Tulane though right? You have to wonder if they’ll ever recover from that one much less bounce back this season. Would anyone else like to check the hospital log for alcohol poisonings uptown at about 3pm CST.

Elsewhere in college football, the entire state was ready to shit on the now nationally ranked Louisiana Ragin’ Cajuns who got all they could handle from lowly Georgia State. After taking down the Big 12 sleeper #23 Iowa State Cyclones last weekend, Louisiana moseyed on over to Georgia ranked in the Top 25 for the first time in the modern era. Checking in at #19, the Ragin Cajuns were on cloud nine and deservedly feeling some type of way. Naturally, in “Cardiac Cajun” fashion, they got punched right in the fucking mouth. Louisiana went into half luckily trailing only 14-7. I felt that we had read this book before and was about to drink myself to death like I was back on the Strip in the early 2000s during Rush Week.

Mayo Man was not impressed either.

However, unlike their colleagues down in Yulman Stadium, the Brawlin’ Brandon Stokelys turned it on in the 2nd half. They peeled off 21 straight points against Wil Lutz’s alma mater and forced OT, where they made a key stop and took home the Dub with a walkoff Elijah Mitchell TD. Sad tears turned to happy beers and celebratory shotguns broke out all around Cajun Country. All is well in Lafayette for the time being and the Cajuns will likely still be ranked facing off against Georgia Southern at home this weekend.

Now look, I’m not a UFC guy by any means, but chances are that you didn’t feel nearly as bad today as Gerald Meerschaert did on Saturday evening. Meerschaert took one straight to the kisser from Khamzat Chiamev in the opening seconds of the 1st round and it was beddy bye time.

You can read more about that “fight” and see actual video of Chiamev doing his best Ronnie from Jersey Shore impression HERE.

In other MMA news, the absence of Connor McGregor in my life has me now rooting for this Colby Covington cat. Not sure what it is about a dude talking mad shit in a MAGA hat that gets me hot and bothered, but I’m here for it at present.

And then there was Sunday.

Sunday is usually meant for a few things.

Chances are that based off your college or UFC allegiances, you were already nursing a pretty decent headache from Saturday’s football and fight night festivities. However, I don’t think anything at all (save for maybe Tulane) could have prepared you for what would unfold around the NFL yesterday.

Chances are that yesterday, someone on your fantasy team got hurt. Sunday almost seemed like the “Red Wedding” for fantasy owners as some of the league’s premier fantasy studs went out to never return to the field. Here’s a short list of the unfortunate:

That’s one hell of a list to add to already hurt stars like Mike Thomas, Kenny Golladay, George Kittle, and Chris Godwin. This whole no training camp/no pre season looks like it may have cursed things regarding player fitness this year. Corona Karma anyone?

Finally, the BIGGEST hangover of the weekend likely goes to our frienemies over in Hotlanta. That’s because those Dirty Birds COULD NOT take being shown up by a New Orleans team for more than one day regarding an epic collapse. While most of the Greatest City in the World was still busy writing off football Sunday morning due to Tulane’s botching of a huge lead, Dan Quinn’s boys said “Hold my beer.”

ATL was absolutely destroying the Cowgirls up 20 to zip in the 1st Quarter and ultimately 29-10 at half. Then the Failcons started to do Failcon things in the 2nd half. Matty Ice and the Lead Blowers let Dak & Co come all the way back to steal a 40-39 win in an epic comeback that only pales in comparison to their SuperBowl collapse. This not only made Who Dat fans happy and Tulane likely forget about their sorrows, but it set Twitter on fire for the remainder of the day:

How amazing is that stat!?!?

440 teams since before World War II had never lost when scoring the amount of points and not turning the ball over until the Trash Birds screwed the pooch on Sunday afternoon. Talking about #RiseUp to break a record eh? Perhaps the best way to summarize the misery of being a supporter of the Football Team from Atlanta is directly from one of them:

I can sort of relate, but not really.

With all the shit that we Saints fans have endured the past 3 years, you would think we would sympathize with the Failcon faithful in their destitute state right now. Naaaahhhhh. If it were any other team in the league, I’d likely feel a little bad. However, solely because of who they cheer for, it’s not gonna happen here pal. Drink up Atlanta! You’ve fortunately earned this Weekend Hangover more than anyone else and we sure hope you Hold It.

Fellas Who Got Roasted As A Rotisserie Chicken With Willie Nelson

With 4/20 On The Radar, Salivate Over These Elite Stoner Movies